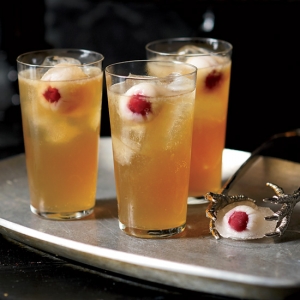 The lychee ice cubes can be frozen for up to 1 week.